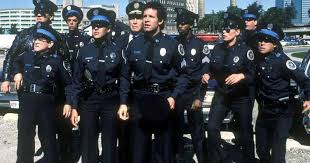 Sometimes I don’t have anything to write about because my life is uneventful. My father-in-law says sometimes it is good that nothing is happening. About two weeks ago, there were two instances where the police called  to come to our home. The first time was because some guy followed one of our attendants to work from a nearby traffic light. Our attendant stopped at the beginning of our street with the guy behind, got out of her car, and went over to him.  The guy said he was lost and his GPS wasn’t working. Long short he showed her his penis.  Thankfully, another attendant was standing in our driveway and she waved at the other attendant. By doing so, she was able to get away from the guy who followed her.  She came in started telling us what the guy look like. Dave both immediately thought, “oh crap, he sounds our old attendant’ Amber’s husband”. As you may recall, Amber was my attendant who was passed out in her car on drugs in front of our house. A few months after that instance we saw her husband on the news, he was a concert venue in Austin as parking attendant and he raped a teenage girl . We haven’t heaard anything else but we were worried that if was her husband. A couple of days later,  Dave and I asked our roommate to move out because he wasn’t respecting me as a woman. That ended with a police report. He kept asking Dave what he wanted him to do?  As if Dave controlled me. This whole time I was sitting on the couch and ended up he stood behind me and told Dave that I was mentally insane. I was stuck on the couch panicking. I finally got in my wheelchair and went out the front door to try to get away from him.     Dave also came out with me but the roommate follow us out. Dave and I had to go two doors down and the roommate stayed in our driveway and was leaning against my van and stared at us for 15 minutes I think.

Then he started walking towards us. In fear of what he might do me I went to the neighbor’s door and yelled help,help. They never answer their door but I noticed there was a small camera on the door bell that I couldn’t reach.  I guess someone called the police because they came a few minutes later. The police said by law he had the right to stay in our home for 30 days but suggested we contact the Justice of the Peace in the morning for more information. So we were planning to call them first thing in the morning and relax the rest of the night.  Unfortunately, later that night he threatened to sue us if we didn’t give him $2000 for his moving expenses. We weren’t worried because we didn’t think he had a case but to cover our bases, we texted our contact at an organization called Disability Rights. I also consulted with my old physical therapist, a really good friend of mine, whose husband is a lawyer.   The Justice of the Peace advised on many days he had to move out. Luckily, our ex-roommate moved out within 4 days of this instance. I told Dave even through the money is nice having a roommate, it’s not worth the insanity.